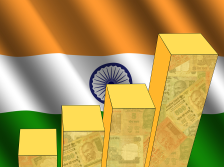 The strength of today's kosher retail market can be attributed to increased consumer demand and increased availability of kosher products. It is estimated that approximately 40 per cent of the products on supermarket shelves in the USA are kosher. Manufacturers seek kosher certification to take advantage in marketing their product to an ever wider consumer audience. Multinational brands such as Coca-Cola, Kraft, and Heinz, amongst many others, have gained kosher certification. As more manufacturers enter the kosher market consumer choice has increased.

3,500,000 - Total Number of Muslims and Other religions eating kosher products