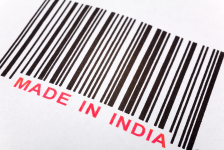 KLBD is an acronym of the Kashrut Division of the London Beth Din. Based in London, KLBD operates in over 60 countries and has offices in Europe, Israel, India, Asia-Pacific, China and South America.

The London Beth Din or Court of Jewish Law in London, formed over 300 years ago is one of the world's leading orthodox authorities for Jewish law and specifically Jewish social and communal life in the United Kingdom.

Headed by a team of rabbinical judges and rabbis, they are the engine that drives the London Beth Din and all its subsidiary departments.

The Kosher Certification Department is the largest single department of the London Beth Din encompassing: KLBD, through its work both globally and locally is known to uphold the highest principles and standards of Jewish law so that kosher consumers worldwide can rely on the high level of KLBD Kosher Certification.

It is also responsible for the full spectrum of orthodox Jewish life facilities including schools, youth programmes, Hebrew classes, burial society and cemeteries as well as the Office of the Chief Rabbi of the United Kingdom and the Commonwealth.

All surpluses from KLBD activities go to support the London Beth Din and the communal work of the United Synagogue.
﻿